Spy on the secret life of the White House from your own living room!

Combining world politics, knockout humor and animation, Desperate White House is a fly-on-the-wall comedy show about the secret life of the White House and its occupants.

Yet contrary to viewers’ expectations, the plot of the series revolves not around the President and his entourage, but is driven by seven behind-the-scenes members of the White House staff: the wayward security officer Emmanuel (grumbling ex-dictator from Haiti), the macho “top-gun” driver Jason (happy-go-lucky homosexual ex-navy seal), the gullible doctor Hanna (a Polish middle age sex-bomb with the innocence of Paris Hilton), the crazy gardener Mitko (Bulgarian immigrant once nominated for the Nobel Prize in physics), the nerdish IT guru Scott (a 13 year old prodigy with “I-was-hit-by-a-thunderbolt” hair-cut), the obnoxious chef Luc (cynical anorexic Frenchmen convinced that McDonalds is the work of the devil) and the humorless butler Charles (founder and honorary member of Alcoholics Anonymous Oxford University group).

Desperate White House looks at global news as it happens and is a format perfectly suitable for distribution via cross-media entertainment platforms.

Formats: 26×22’ for TV and Internet broadcasting and a 40’’ format for mobile platforms

Target audience: mature adults with subtle sense of humor and no trust in world politics 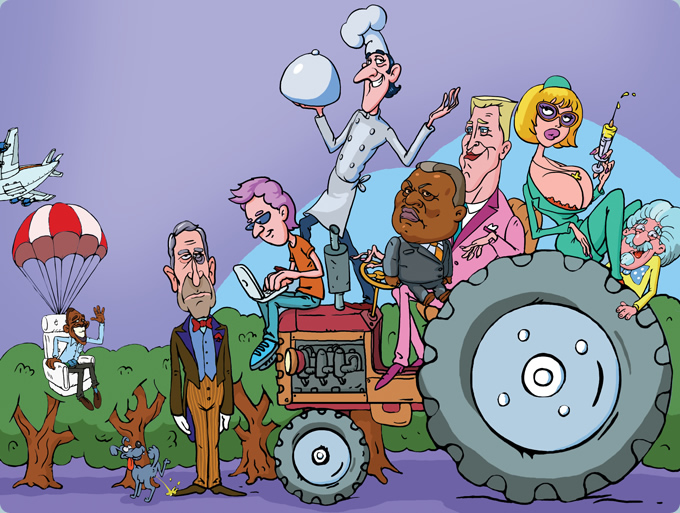